RAND State Statistics recently updated its Federal Individual Income Tax Returns database with detailed information on income tax returns filed in the United States from the year 2011 to the year 2018. Here are some highlights of the trends observed in the eight years.

The state with the highest filings through the years 2011-2018 was California, followed by Texas, Florida, New York and Pennsylvania. These states were the top 5 income tax return filing states in the United States. In 2011, California constituted almost 11.7% of the total filings and rose to 11.8% in the year 2018. 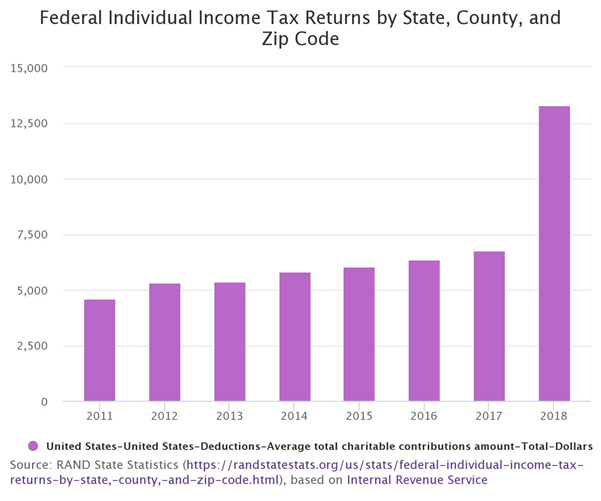 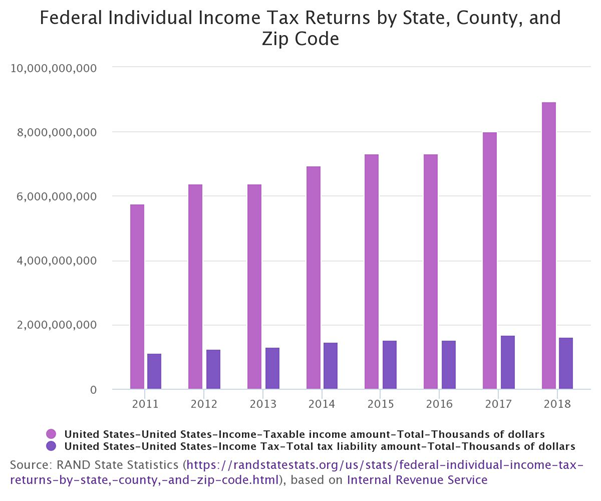 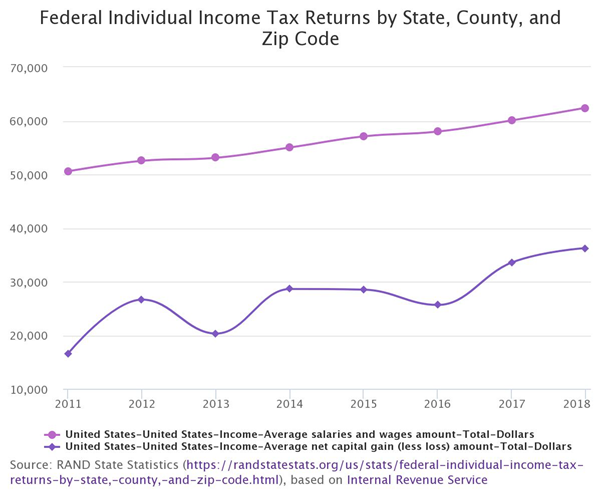 The number of farm returns for the United States fell at nearly 1.0% per year on average.  The steepest declines occurred in five states (excluding the District of Columbia) (Table 1 and Figure 4). 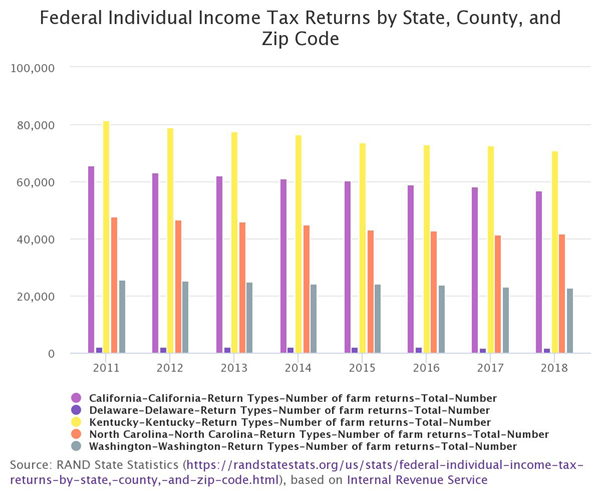 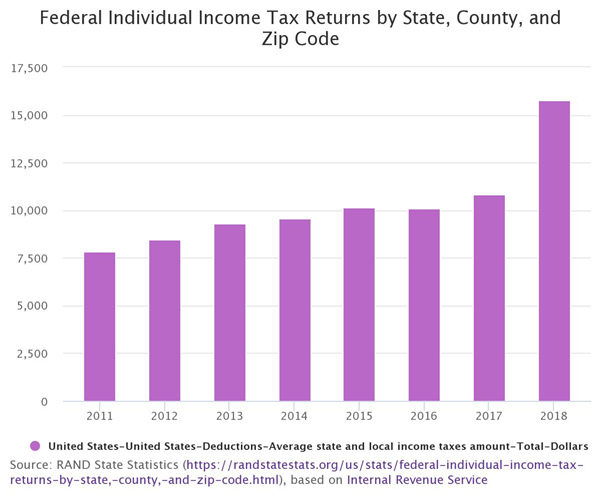 
Don't show me this again.